Chat bot set up on the Matrix Messaging Server for Riot 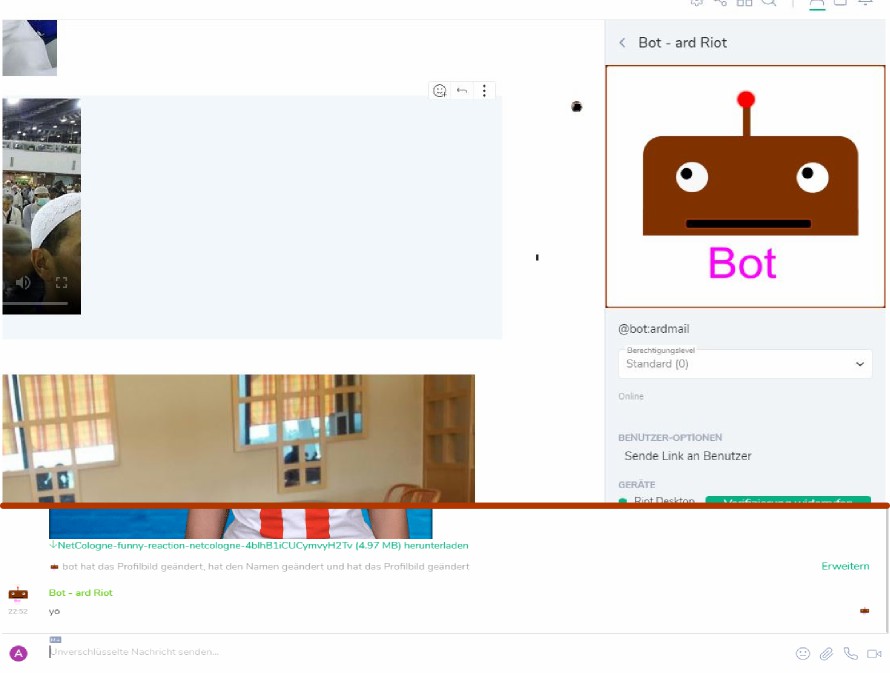 A chat bot with various functionalities has been set up, which runs on the matrix server and can therefore be used in Riot. The chat bot can be used for various purposes.

GO-Neb is used as chat bot, which is programmed in the programming language GO and uses .yaml configuration files. GO-Neb was configured for the running messaging server (matrix) and set up as a service. The chat bot named "Bot - ard Riot" can be invited in all chat rooms in Riot. It automatically accepts each invitation to each room and you can then communicate with the bot in that room.

For example, "Bot - ard Riot" can send animated images (GIF) to chat rooms. The user enters the command giphy with a theme or name for the desired GIF. Example: "!giphy cat"

This Chat-Bot runs 24 hours a day and 7 days a week and will be extended with further functionalities in the future. It has also been improved in terms of performance on the matrix server. A new web app based on Riot for the matrix server was also set up during this maintenance work. This web app has all the functionality available on the Riot app (Android, iOS) and has been configured on the Matrix server.

back to top
We use cookies on our website. They are essential for the operation of the site
Ok